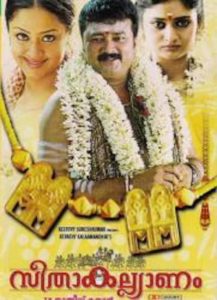 Sreeni, a simpleton has a high paying job in Bangalore. His mother, who is traditional to the core, is looking for the perfect match for him. Sreeni is a butt of the joke among his female colleagues and they tease him by pretending to flirt with him. The leader among them is Nimisha. Their relationship is purely platonic. Meanwhile, his mother succeeds in finding a traditional girl in Abhirami; brought up in an Aghraharam. Later, Nimisha realizes all on a sudden one day, that she had been long in love with Sreeni. Abhi, on the other hand has her own personal battles to deal with, since she had always been in love with Ambi.